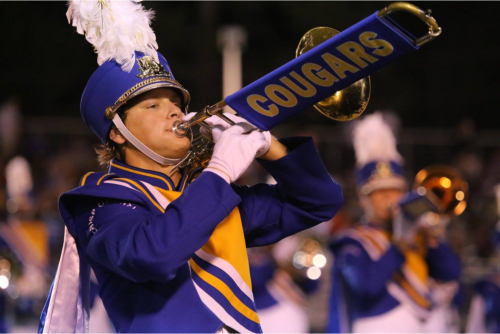 Case Study for a School System moving to VoIP.

Crisp County has been using the IPitomy VOIP phone system since January 2014.

We originally had a digital key system that was aging out. The motivation to move to a VoIP system came from the addition of a new school. We were left with two choices, expand on a platform that was showing its age or move to the new VoIP technology. VoIP was already an established technology by 2014 and many early adopter school systems were moving to second generation VoIP by this time. There were no concerns that the technology wouldn’t work; the concerns were how it would integrate with our network and how it would be received by the users. School systems are notorious for not responding well to change.

The bid process was straight forward, plenty of good templates for an RFP on the web. We received a number of excellent responses but the deciding factor was the solution proposed by our existing telecom provider. They bid the IPitomy  solution (Asterisk based). A sister county has the Asterisk system with the FreePBX as the front end. The IPitomy system has an easy to use Graphical User Interface that is not available on standard open source Asterisk systems.  Without the easy to use front end, few school systems have the expertise to just plain command line Asterisk. IPitomy comes with exceptional technical support that is a huge asset for IT departments.

A primary consideration was that the existing telecom provider knew “where the bodies were buried” so to speak with our building wiring. Our existing phone system has some very old 110 blocks and very old wiring (1950’s wiring) and our thought was a new vendor would have a lot of work unraveling the existing wiring closets. The bid responses were relatively consistent from the established vendors who deal with education accounts. There were quotes from high end corporate type vendors but their bids were not competitive.

The IPitomy system bid by our existing telecom provider was very competitive. The system has been in place for two and a half years now and I can share some lessons learned. When the system first went  in and was turned over to us there were a lot of issues with noise and echo problems on the VoIP calls.  We worked with our vendor and IPitomy tech support and of course we blamed the phone system as the previous system did not have these issues. But we were wrong. IPitomy suggested we look at network issues and I borrowed a high end Fluke network tester and we were astonished at some of the problems the tester uncovered. We had duplicate IP address, bad patch cables that were causing bandwidth problems (CRC errors) and mis-matched speed issues – it was a mess. Once we got the network cleaned up the VoIP was clear, really made a difference. It is a source of amusement with our techs but if there are network issues of any kind we detect it on the phone system first. We do QoS and run a VLan for all the VoIP traffic and the phones run on a completely different IP range. We have a DHCP server setup for the IP phones on that range and it works well.  We think these steps are critical to a good working system. The core phone system and server have been reliable. You do need to keep up with the updates and patches. One of the initial phone sets had a high failure rate after two years and IPitomy worked with us to replace the units at low cost. This was a big help and it was the only long term issue we had. The new phones we purchased have been faultless.  The servers come with simple RAID 1 which is very reliable. We have swapped out the workstation class drives for Server class SATA hard drives and that turned out to be an easy upgrade. The console is not bad to manage but we did have a learning curve since there are many features and options. I would even state that we are still learning how to do some things. A really cool thing is there is a Wiki on the web for IPitomy and it has been an excellent reference.

Bottom line is moving to VoIP has been a very good solution for our county and it continues to save us money. The IPitomy solution has been an excellent choice as its core is the rock solid Asterisk system. The previous Key system required constant maintenance and parts and support were expensive. Only rarely do we need support now as we are able to manage most issues in-house.