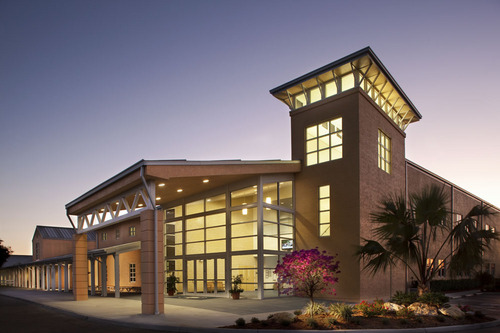 college preparatory school
The Out of Door Academy is a prestigious private school in Sarasota Florida. As one of only 2 Cum Laude schools in the state, Out of Door prides itself on its strong academic programs, its place in Sarasota’s history and a determination to be the best at what it does.
Since 1926, the Out of Door Academy has been a unique part of the Sarasota community. From its lower school campus on Siesta Key, to its state of the art upper school campus on Lakewood Ranch, Out of Door is a wonderful mix of storied tradition and the educational excellence.
As a result of the schools growing reputation for excellence and the rapid growth of the Sarasota, Florida community, Out of Door has expanded by adding another campus. The addition to the schools infrastructure has allowed the school to grow from pre-kindergarten through sixth grade school to include a middle school and high school too. This growth over the past decade has been quite successful and has been managed well by the faculty, administrators and staff.

The addition of a second campus presented a challenge to a growing institution that prides itself on excellence. The school has transitioned through 3 telephone systems as is it kept up with rapid growth over the past decade. Prior to moving up to an IPitomy IP PBX system, Out of Door had installed a state of the art phone system that met the needs of the two campus environment. This system was capable of networking the two campuses together to function as one cohesive phone system.

After several months of problems with the old phone system, a Comdial FXII, the academy had decided to upgrade to a more contemporary system rather than invest in an expensive overhaul of their existing legacy system.

True to their outstanding reputation, Out of Door had a state of the art IT infrastructure. The infrastructure included high bandwidth data connectivity between the two campuses. The academy basically functions as one large campus with two geographical locations. The basic data structure and wiring was sound and required only minor upgrades to accommodate the new IPitomy IP PBX system. Out of Door’s technology infrastructure is outstanding.

The new IPitomy System with 120 telephones on two campuses was installed over a weekend. The installation went very smoothly with participation from Out of Door’s IT management. “The participation of the IT management in the cut over of the system was crucial to a smooth deployment” says Nick Branica, IPitomy’s founder. “The IT manager planned the installation well and was committed to a successful deployment.” On Monday morning, the school day started and all new telephones were up and operational.

The Out of Door Academy has a new state of the art IPitomy IP PBX system. The system has capabilities well beyond the legacy system that had been previously installed. Once the staff and faculty began to understand what the potential was, they made some adjustments to create the application that they really required all those years.

Both receptionist positions utilize IPitomy’s Aastra 57i CT telephones. The 57i CT provides mobility to the user. The user is free to bring the associated portable handset and headset away from the desk to perform other tasks while still covering the telephones. The full functional wireless handset is a fully functional telephone capable of transferring or parking callers just like the desk telephone. The old legacy headset did not provide the option of transfer or dialing so she had to run back to the desk phone to transfer a call. This mobility feature has increased efficiency and created the ability to walk away from the desk and still be in control at distances up to 100 feet.

The Head of School has offices on both campuses. His assistant is located at the lower school. A benefit of moving to the IPitomy System is that multiple extensions can be rung simultaneously. This allows the Head of School to Have is calls answered by his assistant or himself at either office. The busy lamp indicator on the assistant’s telephone blinks when a call is ringing into the Head of Schools phone so she can answer if required. “Simultaneously ringing my two telephones while allowing my assistant to still pick up my phone is a great feature that makes my day easier” said David Mahler, Head of School at ODA. “The distinctive ringing feature also helps identify the source of the call”.

The IT department head utilizes IPitomy to improve communications with faculty and staff. Calls to his extension are answered when not in the office, offering the callers the option to press one to leave a message or press two to reach him at his wireless phone. This mobility feature enhances response times while reducing the wireless calls to only important calls. “I really appreciate the intuitive nature of IPitomy’s user interface”, says Dave Schmitz”, IT department head, “I was pleasantly surprised how easy it is to use. The old legacy system required a service call for everything. Now, I am in control. This is good for the faculty and staff and saves money too”. Since the IP telephones are based upon SIP technology, extensions can be moved by simply unplugging them from the LAN and plugging them in at the required location. No wiring changes are required.

Like any organization, ODA has the occasional situation arise where a staff member may need to be outside the office to attend to family situations as they arise. With Ipitomy, each staff member has the option to forward calls to a mobile telephone or land line to stay connected even when away from the office. Several key staff members have installed a Soft Phone on their laptops or computers at home so they can stay connected even when situations arise that make being in the office impossible.

True to ODA’s traditions, consideration for students, family, faculty and staff are primary concerns. The flexibility of the IPitomy IP PBX System provides the maximum flexibility for all situations.

Having the two campuses tied together as one application makes everything smooth and simple. Call coverage options utilizing staff on both campuses leverages the technology to increase the efficiency of staff members.